WHO ARE THE INDIGENOUS PEOPLES OF THE GREAT LAKES?

IIndigenous peoples in the Great Lakes region are current and former hunter-foragers living in the rainforest, collectively known as ‘Pygmies’. Pygmy is a colonial name with negative connotations. In local languages, indigenous ‘Pygmies’ are known by their ethnic names, the Batwa and Bambuti peoples.

The Batwa are genetically, culturally and economically distinct from their Bantu neighbours and other farmers. Although they inhabited the region tens of thousands of years before the Bantu-speaking populations, during the pre-colonial period, Bantu populations took over substantial parts of the indigenous peoples’ territories. However, the indigenous natural resource economy has been partially protected by the environmental context of the rainforest, which restricts agriculture.

For centuries prior to the colonial era, relatively harmonic relationships developed between the sedentary Bantu populations and the mobile Pygmy populations, based on commerce, trade and intermarriage.

In the colonial and postcolonial eras, the Batwa were ignored and marginalized during the formation of states. In some countries, the Batwa were not considered as citizens and did not have birth certificates. After independence, development policies stressed sedentary life organized in villages, which had a negative effect on the independence and health of indigenous peoples in the region.

Increasingly, Batwa found themselves in a subordinate position to neighbouring Bantu peoples, where the indigenous peoples were without land security, without access to schooling, and often susceptible to forced labour. With the proliferation of armed conflicts in the sub-region, the social and economic vulnerability of indigenous peoples evolved into the most extreme violations of human rights: rapes, torture, killings, cannibalism and genocide.

Today there are more than 700,000 “Pygmies” in Central Africa, belonging to different cultural and linguistic groups. The Batwa and Bambuti populations occur primarily in the Great Lakes region between Rwanda, Uganda, Burundi, and Democratic Republic of Congo. To the west, in the Congo Basin, we find the Bagyeli, Bakola, Bakoya, Baka, Aka, Babenjelle, Bacwa, Babongo and others (see Congo Basin entry here: https://ipacc.org.za/congo-basin/). 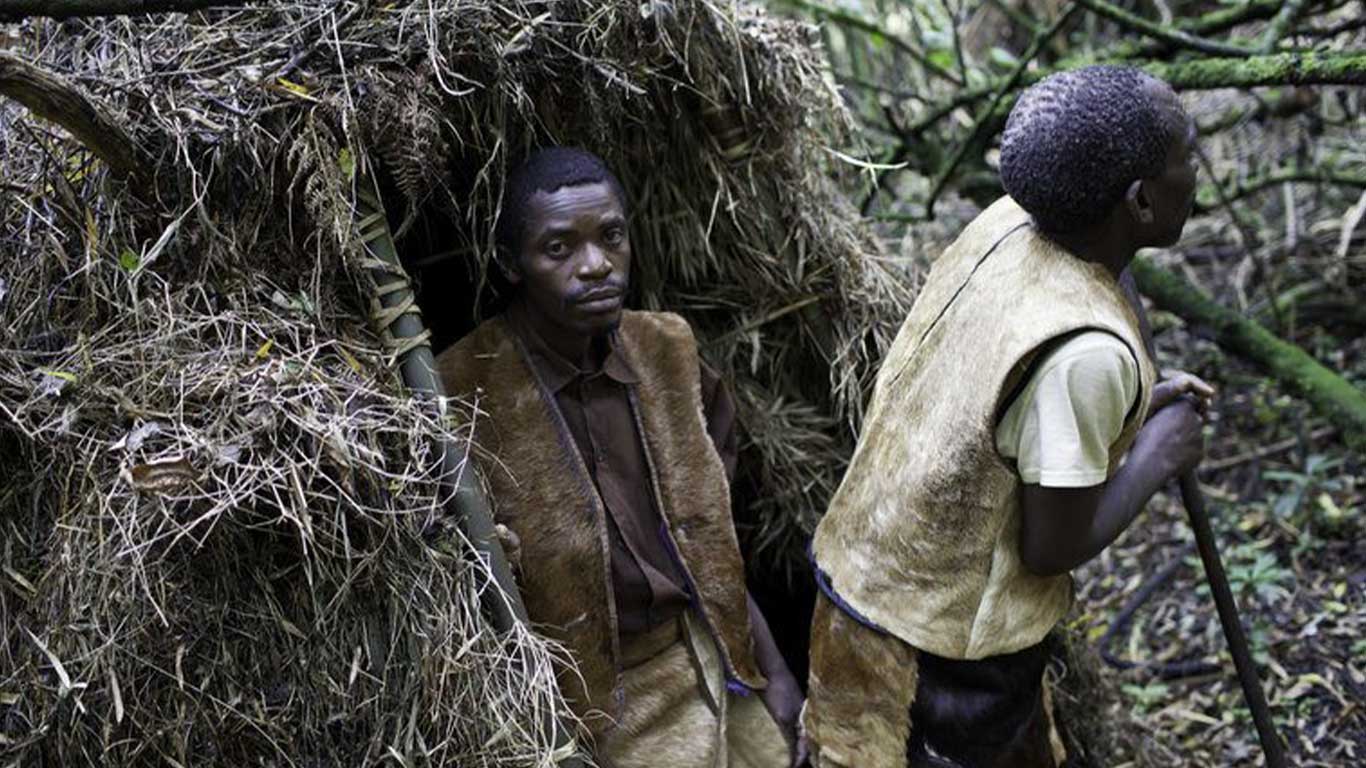 The human rights situation of indigenous peoples in the Great Lakes region remains extremely serious, despite positive campaigns that have increased formal recognition of their presence. At its most serious, the indigenous peoples of this region are under the constant threat of renewed genocidal violence.

The challenges of access to land, the legal security of traditional indigenous territories, and the lack of access to civil status documents (birth, death, marriage, identity card, citizen card, voter registration, etc.) perpetuates the fragility of these peoples. The absence of laws recognizing the specific rights of indigenous Pygmy peoples in most countries of the Great Lakes region indicates how much more political awareness is needed. DR Congo is studying new legislation in this regard. The UN Universal Periodic Review has made four specific human rights recommendations on indigenous issues to the DRC, which must be pursued.

IPACC and KIOS have worked with PIDP Kivu on an ambitious project to document human rights violations and provide disaggregated statistics to the UN to help with early warning systems in the prevention of genocide.

Since 2005, the Rwandan government reversed its tolerance of the Community of Indigenous Rwandans (CAURWA) – the largest indigenous NGO in the region. CAURWA was banned on the grounds that this NGO operates in the name of a specific ethnic constituency. The rights of indigenous peoples in Rwanda remain fragile and their situation volatile.

The Batwa must identify themselves as ‘potters’, a traditional craft and a pseudonym tolerated by the state.

The Great Lakes region requires urgent attention in order to end armed conflicts, re-establish the rule of law, protect the human rights of indigenous peoples, and prevent a renewed genocide.

The unstable political situations in Burundi, Rwanda and the DR Congo make the entire Great Lakes region volatile and unstable. The experience of the 1990s indicates that indigenous peoples are often the first target of violence, including genocidal violence, as in the case of Rwanda, where a third of the Pygmy population perished during a war led by majority ethnic groups in the genocide of 100 days.

Since the Rwandan genocide, the Batwa in all three countries have remained trapped in varying degrees of vulnerability. Women have experienced mass rapes in DR Congo; there have been cases of militias committing cannibalism in the DRC, and the widespread use of indigenous people for forced labour, as well  as murders and false accusations against indigenous peoples that incite violence against them.

New threats include a surge of violence in Katanga province and political turmoil over presidential politics. In 2015, Burundi and especially Bujumbura has seen a new wave of instability after efforts by President Pierre Nkurunziza to insist on a third term in the Presidency. In Rwanda, President Kagame has also indicated his intention to change the constitution to extend his rule.